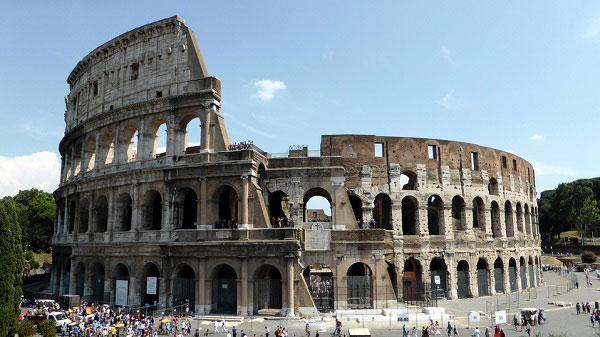 The Colosseum in Rome, CC image by Sean MacEntee
Although English is a Germanic language, it has adopted and adapted many Latin words. Some words and phrases sound Latin to native speakers (like id est and quid pro quo), while others (like affidavit and agenda) are less obviously borrowed from Latin.

Affidavit – he has sworn an oath
a written sworn statement

Agenda – [things] to be done
a schedule, list of topics, or a purpose

Et cetera (etc.) – and the rest
and the other things

Exempli gratia (e.g.) – for the sake of example
for example

Persona non grata – person not welcome
someone who is unwelcome, unacceptable, or shunned